I live with MS

There are over 25,000 people living with multiple sclerosis in Australia, and every story is different. Meet two of our inspiring MS Melbourne Cycle veterans who live with MS everyday…

After being diagnosed with MS at the age of 32, Steven has thrown himself into cycling challenges including the MS Melbourne Cycle! 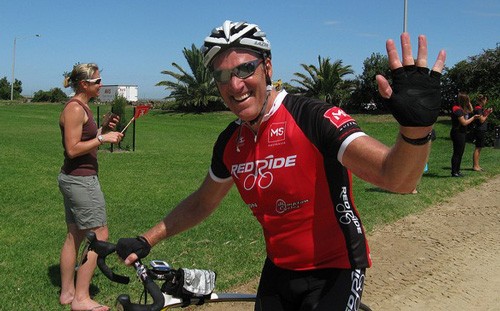 Steven was a husband and father, enjoying a successful corporate career and living a comfortable life. In 1996 at the age of 32, Steven was diagnosed with MS, with little knowledge of the disease. He kept working, but was soon forced to make the decision to have to take early retirement.

Now with careful and precise fatigue management, Steven is enjoying life and feels there is so much to do! A cycling enthusiast of many years, Steven has thrown himself into cycling challenges, participating in the MS Melbourne Cycle over a number of years, as well as the 2013 MS Red Ride riding 970km in seven days and the 2015 Peaks Challenge Falls Creek – riding 235km with 4000m of climbing in one day.

Steven has lived life with a sense of optimism since receiving his diagnosis and has relished the challenges that come with living with the chronic neurological disease. He is looking forward to once-again participating in the MS Melbourne Cycle in 2019!

Sam is passionate about raising awareness of multiple sclerosis in the community and has been involved in the MS Melbourne Cycle, alongside her family for nearly 10 years. 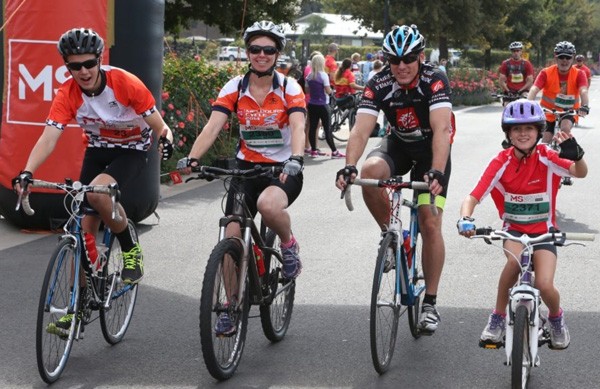 After finding out she had multiple sclerosis at just 22 following frequent occurrences of blurred vision, numbness and difficulties with coordination, Samantha Sims educated herself about the disease and how to control the unpredictable diagnosis. Now a mother of two, Sam has found that sharing information with her children about the illness has provided many positives.

Sam is passionate about raising awareness of the disease and encouraging others to help support the 25,000 Australians currently living with MS, whether it be walking, running, swimming or volunteering. Sam’s family have been actively involved in the MS Melbourne Cycle (+ Half Marathon) since 2009 – her children have even achieved top fundraisers in their respective categories (guess it runs in the family!).

Like many others with MS, her symptoms have often been invisible – both an asset and a curse. However, she is ready to take on the challenge of the Cycle or Half Marathon again this year, marking a decade of participation in the event.

The money you raise makes a real difference to the lives of people living with multiple sclerosis, like Steven and Sam.

Get The Word Out